Ironbridge, Shropshire, England UK. 26 January 2019
Newly restored and repainted in original red colour following a £3.6million restoration the Iron Bridge at Ironbridge constructed by Abraham Darby III in 1779 and opened in 1781 crosses the River Severn and the Ironbridge Gorge. The site has been a designated UNESCO World Heritage Site since 1986.
Iron Bridge was the first fully constructed Cast Iron Bridge in the World.The Iron Bridge is made of cast iron, which is not a good structural material for handling tension or bending moments because of its brittleness and relatively low tensile strength compared to steel and wrought iron.
In January 2017 English Heritage announced a £1.2 million restoration project on the Iron Bridge, starting in September 2017, the "biggest ever conservation project" undertaken by English Heritage. The cost was quoted in 2018 at £3.6 million, with English Heritage describing it as "an ambitious conservation of its ribs and arches, its stonework and decking."In 2018 the bridge was also repainted in a dark red colour, now thought to represent the original paintwork of the bridge when first constructed. 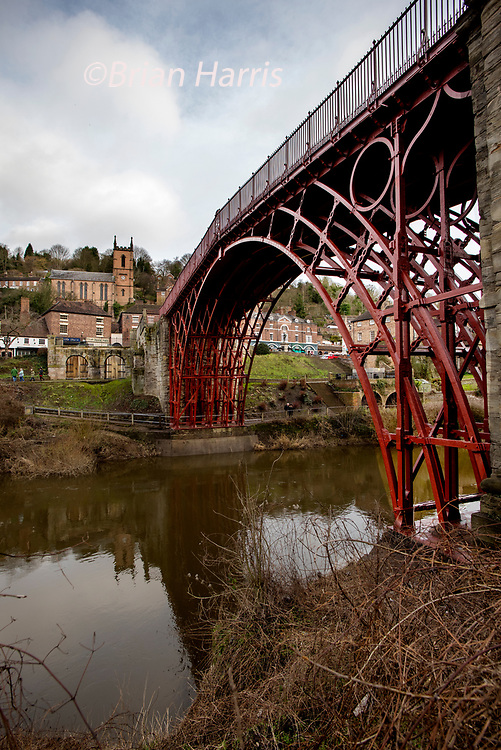