The mine riven hill, 290 metres high, where German and French forces held trenches either side of the village of Vauquois from October 1914-October 1915. Mines exploded beneth respective positions finally split the hill in two. Nothing of the village remains. The metal frise de cheval barricade still survives.

The Argonne Forest offensive, part of the final 100 days of WW1 and a major attack on the wetern side of Verdun, was the largest battle in American history up to this point and involved 1.2 million American soldiers.

Caption information below from Wikipedia:
In the novel "Birdsong", Sebastian Faulks sets his story around the activities of tunnellers on the Western Front, and at Vauquois, we have an area that was riddled with tunnels and saw both French and German engineers and sappers constantly at work.

The Butte de Vauquois is a small hill, 290 metres high, which dominates the valley between the Argonne massif to the west and the Mort Homme/Hill 304 massif to the east. It allowed good observation in every direction, particularly the Islettes pass leading to Verdun and consequently both German and French Armies were anxious to hold it.

The Germans first occupied the ridge on 24 September 1914 and subsequently turned it into a fortress supported and flanked by artillery positioned in the woods around Cheppy and Montfaucon.

Between 28 October 1914, and 28 February 1915, the French made four unsuccessful attacks to remove the Germans from the hill and finally took the German trenches on 1 March 1915 and for the next few days managed to fight off constant German counter-attacks.

Fighting continued throughout 1915 but neither side made a breakthrough and the front line ran through the village itself. Gradually the two sides decided to abandon hand to hand fighting from the trenches and resorted to digging and setting off explosive mines underneath the hill and a total 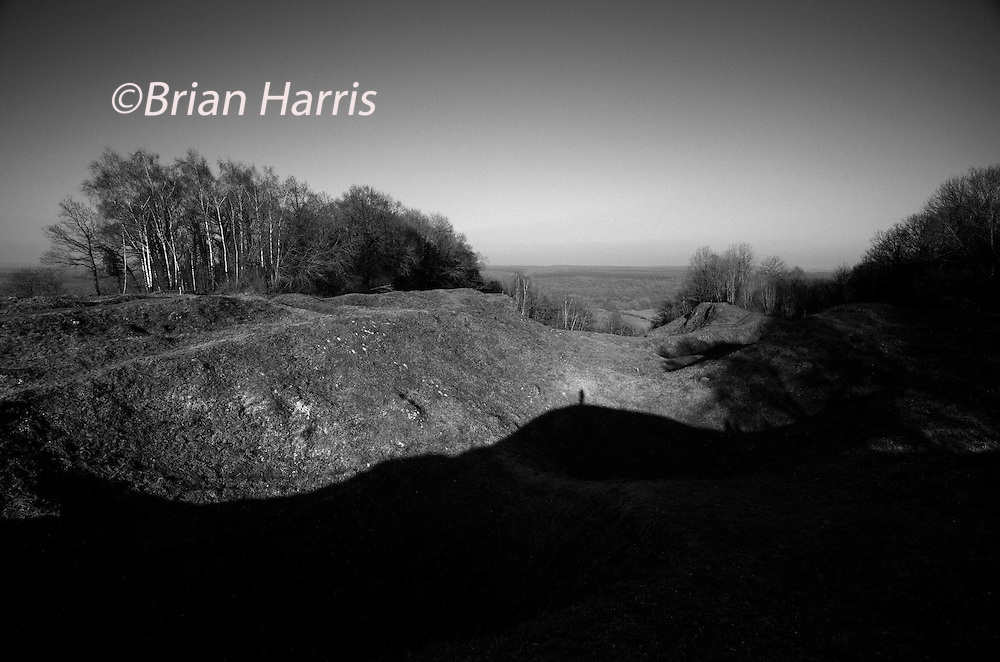