Dresden Eastern Germany after reunification 1994
Seen here The ruins of the Dresden Frauenkirche destroyed during bombing in February 1945 being prepared for reconstruction.
The Dresden Frauenkirche Church of Our Lady is a Lutheran church in Dresden, the capital of the German state of Saxony. Built in the 18th century, the church was destroyed in the bombing of Dresden during World War II. The remaining ruins were left for 50 years as a war memorial, following decisions of local East German leaders. The church was rebuilt after the reunification of Germany, starting in 1994. The reconstruction of its exterior was completed in 2004, and the interior in 2005. The church was reconsecrated on 30 October 2005 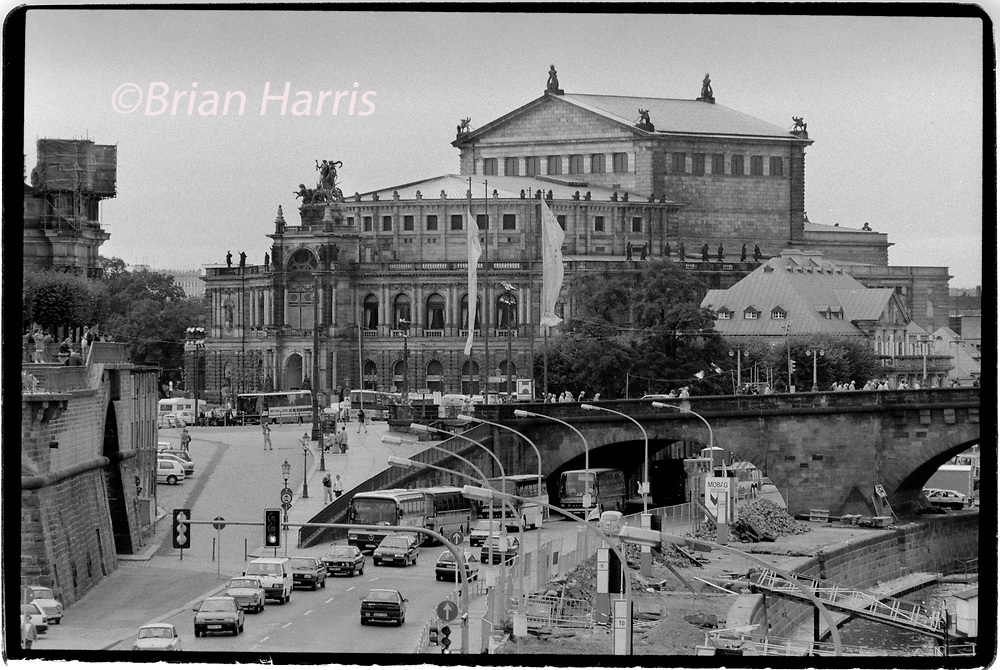