East Germany 1990 scanned in 2020
The remains of the Wall near Hanum on the border between former East and West Germany.
Hanum is a village and a former municipality in the district Altmarkkreis Salzwedel, in Saxony-Anhalt, Germany. Since 1 January 2010, it has been a part of the municipality Jübar
East Germany, Deutsche Demokratische Republik the DDR after the fall of the Wall but before reunification March 1990 and scanned in 2020.East Germany, officially the German Democratic Republic, was a country that existed from 1949 to 1990, the period when the eastern portion of Germany was part of the Eastern Bloc during the Cold War. 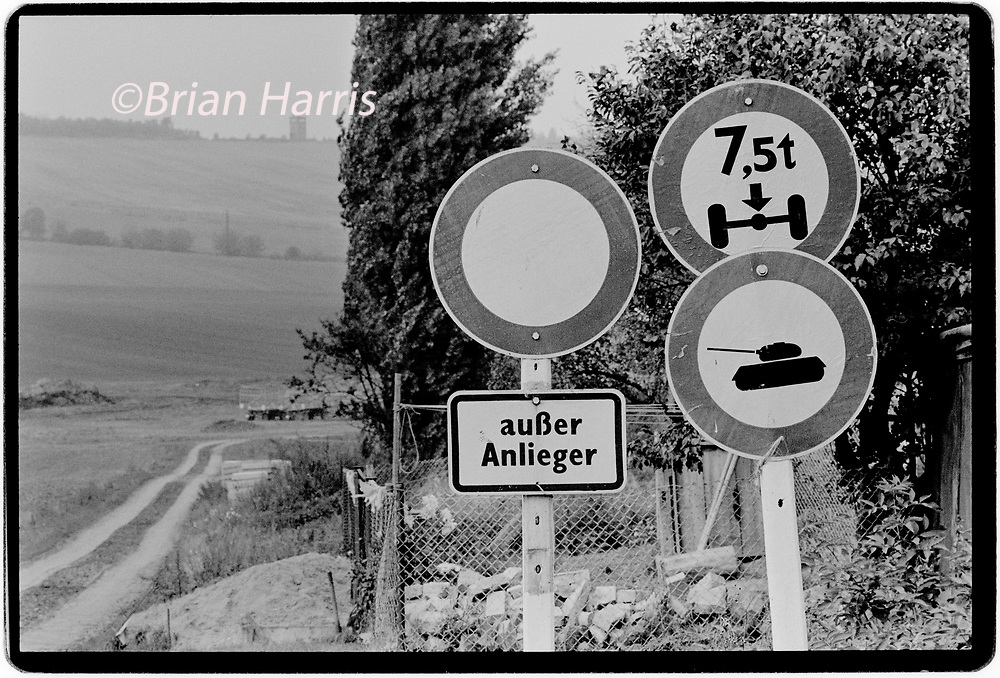