Fylingdales North York Moors England 1988. Photographed just before the “Golf Balls’ were taken down. Royal Air Force Fylingdales or more simply RAF Fylingdales is a Royal Air Force station on Snod Hill in the North York Moors, England. Its motto is "Vigilamus" (translates to "We are watching"). It is a radar base and is also part of the Ballistic Missile Early Warning System (BMEWS). As part of intelligence-sharing arrangements between the United States and United Kingdom ,data collected at RAF Fylingdales are shared between the two countries. Its primary purpose is to give the British and US governments warning of an impending ballistic missile attack (part of the so-called four minute warning during the Cold War). A secondary role is the detection and tracking of orbiting objects; Fylingdales is part of the United States Space Surveillance Network. As well as its early-warning and space-tracking roles, Fylingdales has a third function – the Satellite Warning Service for the UK. It keeps track of spy satellites used by other countries, so that secret activities in the UK can be carried out when they are not overhead. 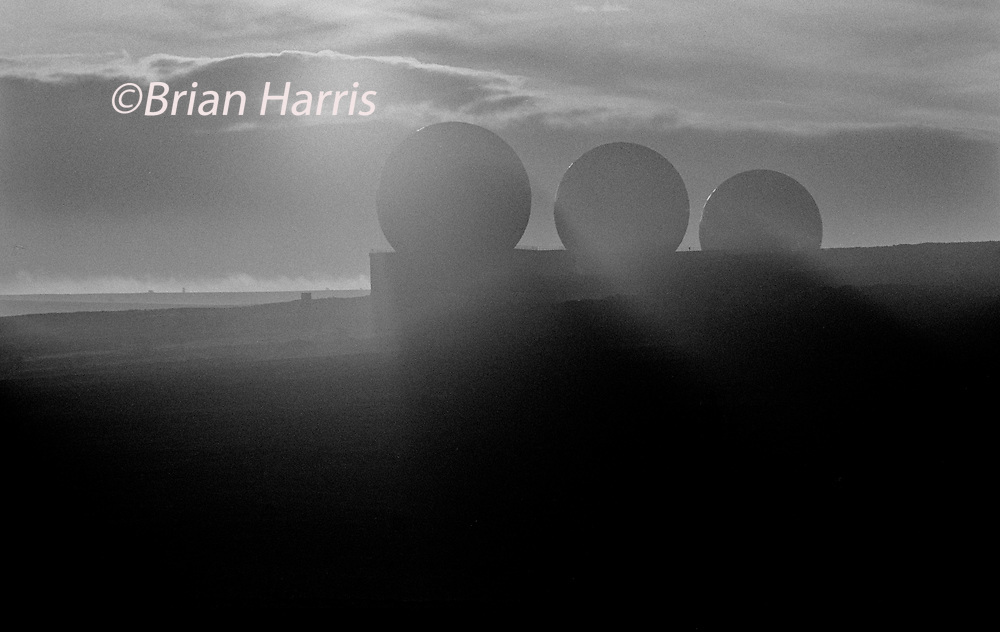