Buchenwald Concentration Camp Weimar in Thuringia Germany 1994
In late 1989 after the fall of ‘The Wall’ graves revealled the remains of former Nazis imprissoned in Soviet Special Camp Number 2. Between 1990 and 1994 these graves were marked by metal steles and when named a cross was erected. Between 1945 and February 10, 1950, the camp was administered by the Soviet Union and served as Special Camp No. 2 of the NKVD.[1] It was part of a "special camps" network operating since 1945, formally integrated into the Gulag in 1948 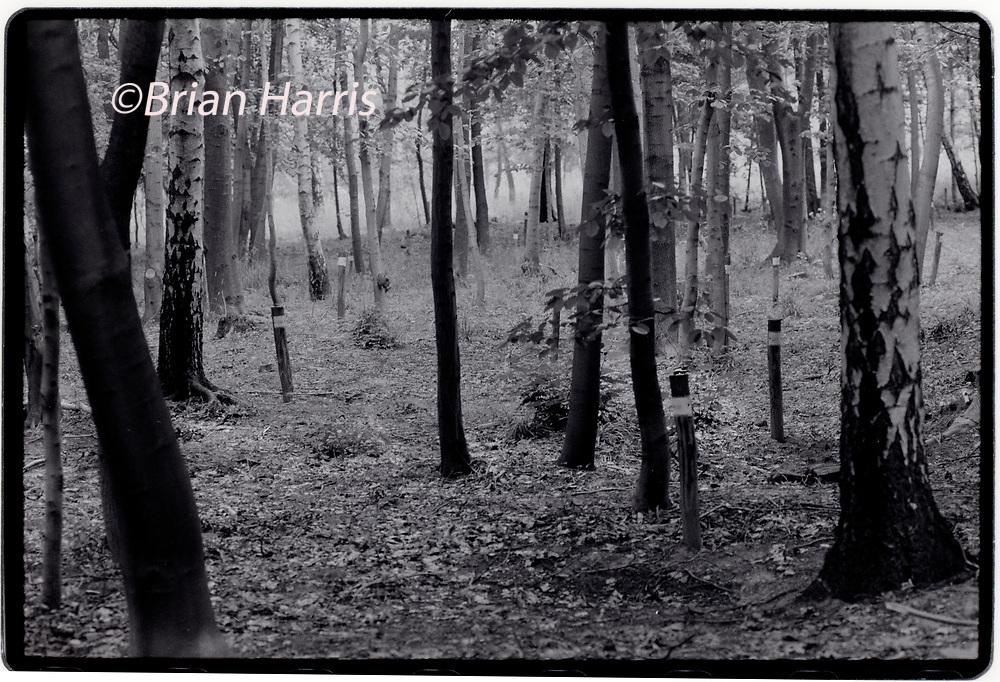