Somme Battlefield, France. Poppies on the Somme Battlefield at Rancourt.
Poppies grow in the shadow of the Sword of Sacrifice which stands in Rancourt Military cemetery one of the many hundreds of Commonwealth War Graves Cemeteries ( CWGC ) on the Somme battlefields of northern France. The French Military cemetery at Rancourt is marked by the Church on the right.
Rancourt was captured by the French on 24 September 1916, and remained in Allied hands until 24 March 1918 and the German advance. It was recaptured by the 47th (London) Division on 1 September 1918.

The cemetery was begun by units of the Guards Division in the winter of 1916-17, and used again by the burial officers of the 12th and 18th Divisions in September 1918. After the Armistice, six graves from the surrounding battlefields were brought into Row E.

Rancourt Military Cemetery contains 93 burials and commemorations of the First World War. 20 of the burials are unidentified but there is a special memorial to one casualty known to be buried among them. There are also three Second World War burials in the cemetery.

The Battle of the Somme (French: Bataille de la Somme, German: Schlacht an der Somme), also known as the Somme Offensive, was a battle of the First World War fought by the armies of the British and French empires against the German Empire. It took place between 1 July and 18 November 1916 on both sides of the River Somme in France. It was one of the largest battles of World War I, in which more than 1,000,000 men were wounded or killed, making it one of the bloodiest battles in human history. The main part of the offensive was to be made by the French Army, supported on the northern flank by the Fourth Army of the British Expeditionary Force (BEF).
When the German Army began the Battle of Verdun on the Meuse on 21 February 1916, many French divisions intended for the Somme were diverted and the supporting attack by the British became the principal effort. The first day on the Somme (1 July) 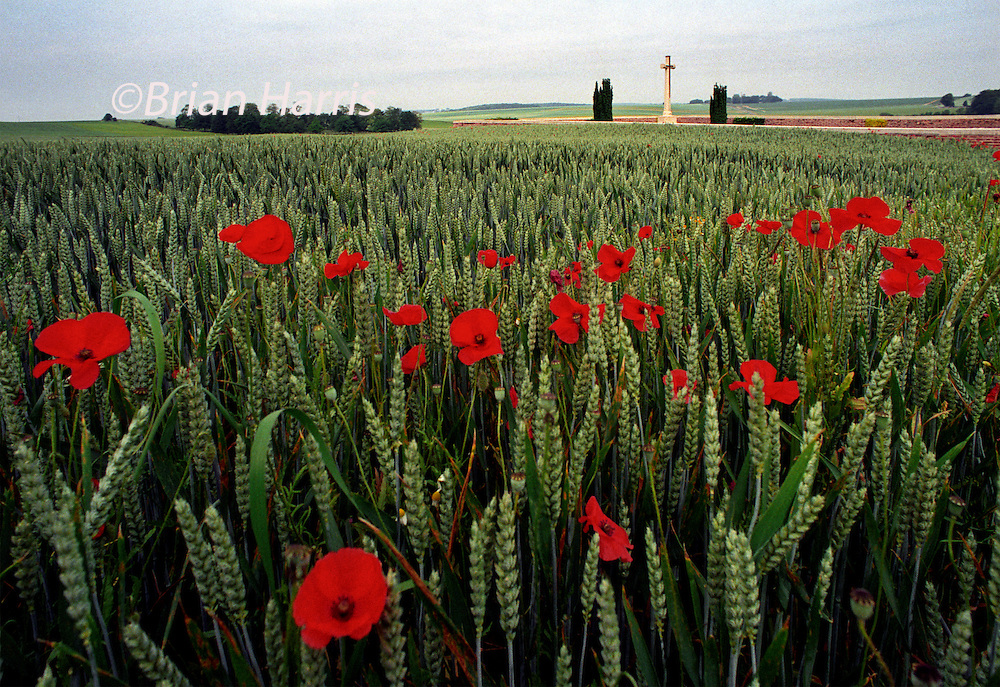